1
I spent many years working with government agencies and have trained dogs for Tracking, Drug detection and Obedience.  Most dogs are capable of learning up to 164 different commands.
I felt that my Bengal Leopards were as smart as most of the dogs I trained, so I began training them.  I was amazed to see how quickly they learned Obedience Commands.  Due to their intelligence, I also taught my Bengals good Manners.  All of my Bengals love me, and they Obey me.  My home is full of my furry children, and it is quiet and orderly.
Home    Studs    Queens    Available kittens    Previous litter    Obedience    Outdoor     Pricing    Contact us
ARISTOCAT BENGAL
Studs 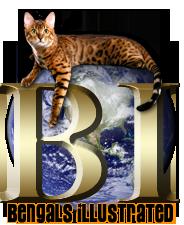 Aristocat Bengal
KING VALENTINO
King Valentino (F4) is our largest Bengal Leopard stud, and he always weighs over 30 pounds.  This large boned male is solid muscle, Golden Brown with clouded rosettes and spots.  He has a clear coat that is covered with Golden Glitter.  King Valentino's beautiful Green eyes stand out, and make him look even more Exotic.
This loving BIG Teddy Bear is a Casanova.  He was born on Valentine's Day, and he is a lover.  Valentino fathers most of our kittens, because he carries the genes for Brown, Snow and Charcoal.  He produces very large kittens with beautiful pattern.  He is HCM/PK Negative, and four generations (F4) from the Wild Asian Leopard. 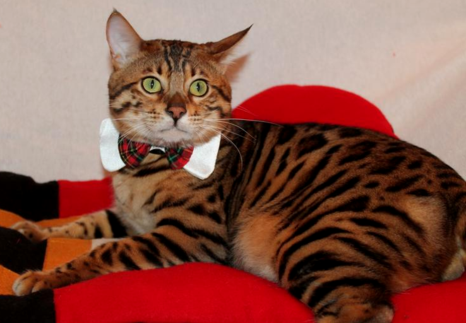 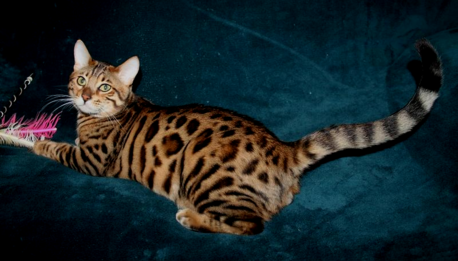 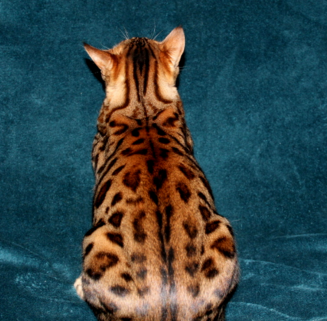 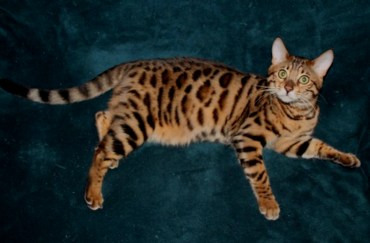 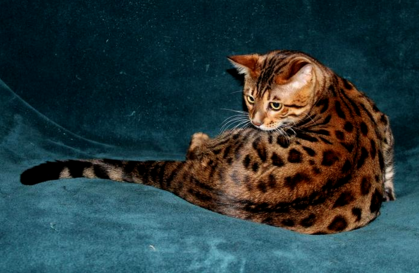 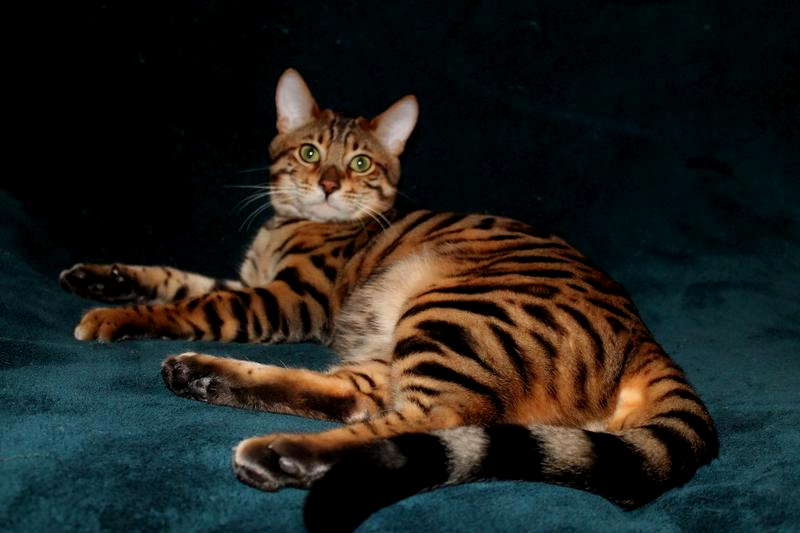 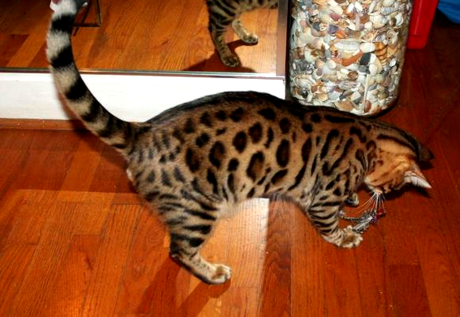 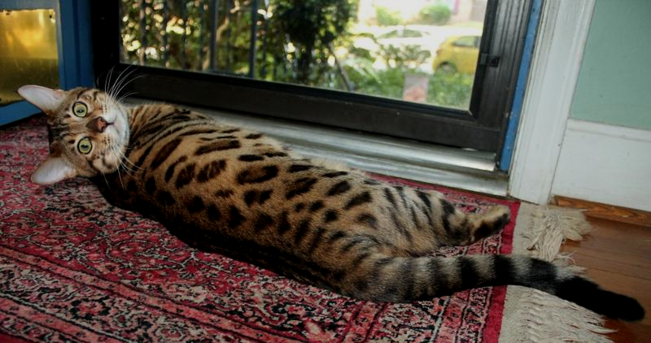 Aristocat Bengal
KING VIKING
​King Viking (F4) is four generations from the Wild Asian Leopard.  He is a beautiful Brown and Black rosetted Bengal Leopard male.  His  built is more like that of the Wild Asian Leopard.  King Viking (F4) is long and lean with great agility for jumping and climbing.
We had King Viking's (F4) genetic testing done, and he carries the Color Coat for early generation Charcoal, Brown & Black, Lynx Point Snow and Mink Snow.  This is very important because most Bengals only carry one color.  He also has been tested and is HCM/PK negative.  King Viking produces beautiful, Exotic looking offspring. 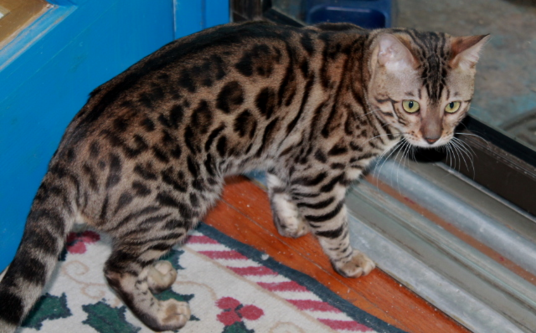 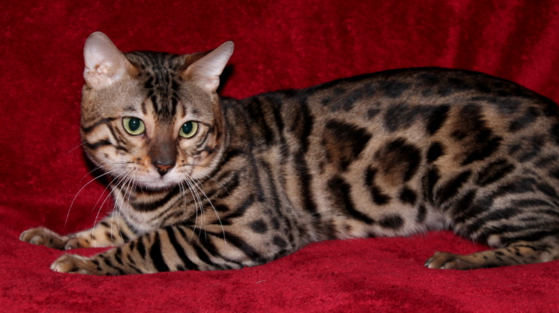 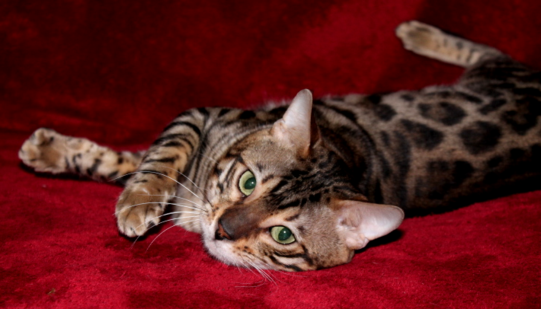 Aristocat Bengal
KING THUNDER
King Thunder (F4) is also a beautiful home grown Mink Snow Bengal Leopard.  He is HCM/PK Negative, and four generations from the wild. This gorgeous male produces Lynx Point Snow and Mink Snow Offspring.  He is Queen Chloe's mate, and he never leaves her or their children.  He is a wonderful father, and he teaches his children discipline.  When his children reach eight weeks old, he takes over their care and training.  My Bengal parents both take part in raising their children.  This is how we get such well adjusted, Obedient Bengal kittens. 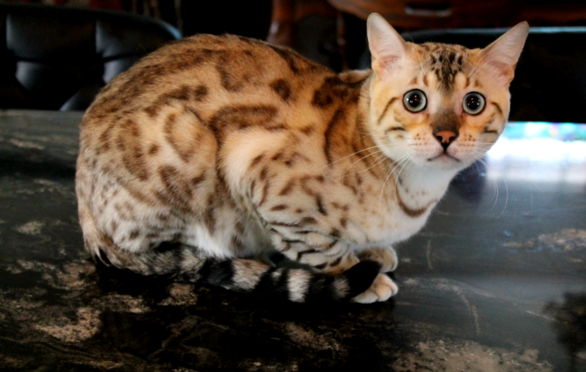 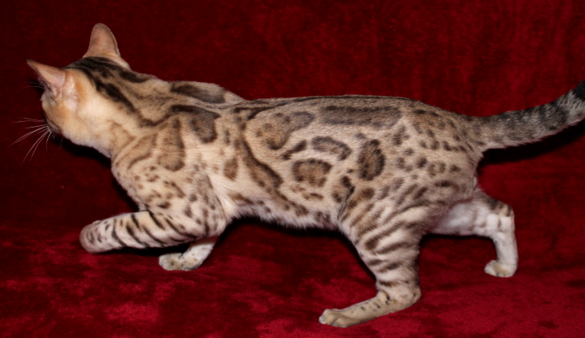 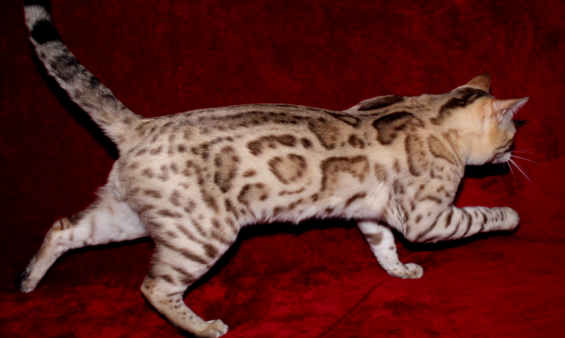 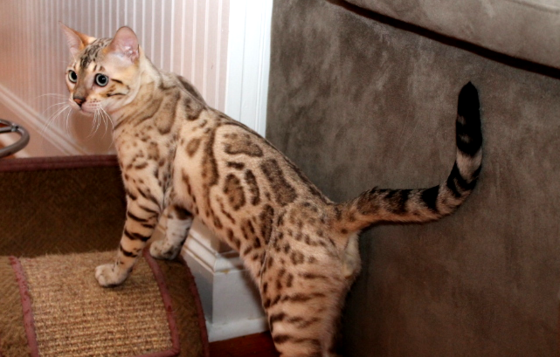 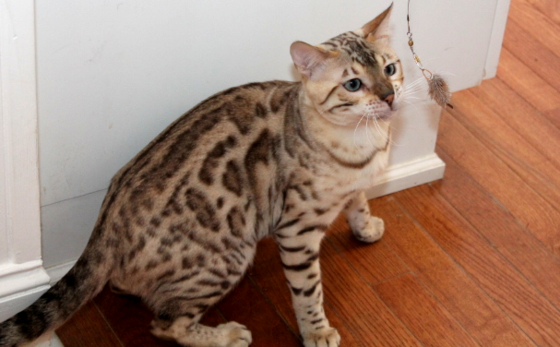 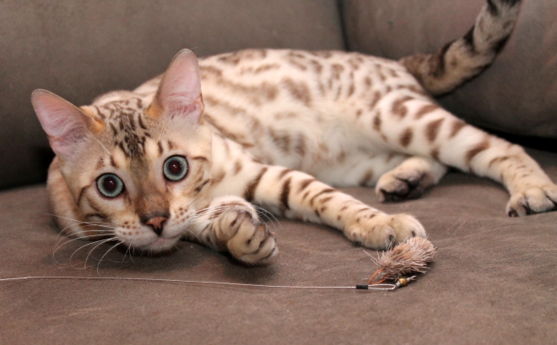 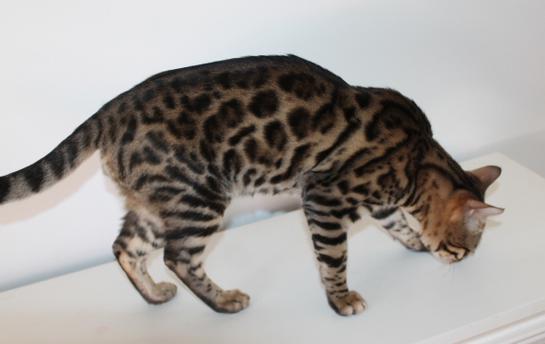 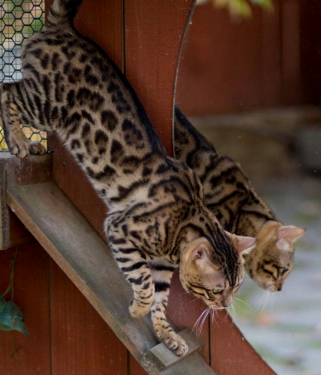 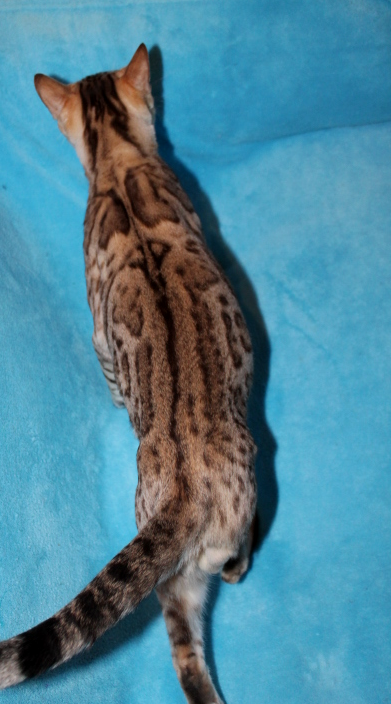 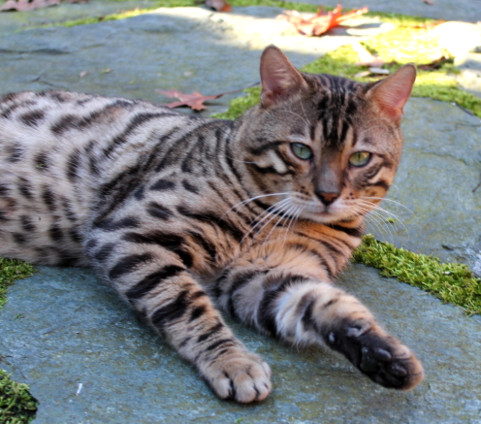 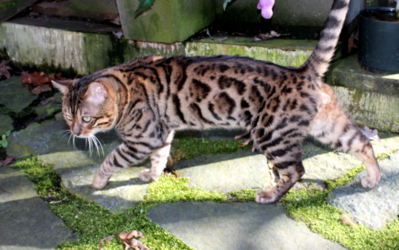 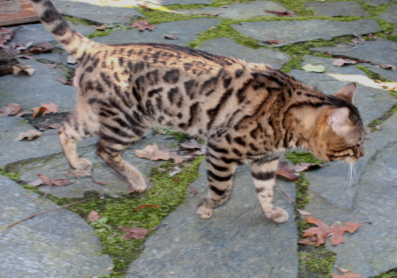